What to do: Candidate Excuses for Giving References

Home » Reference Checking » What to do: Candidate Excuses for Giving References 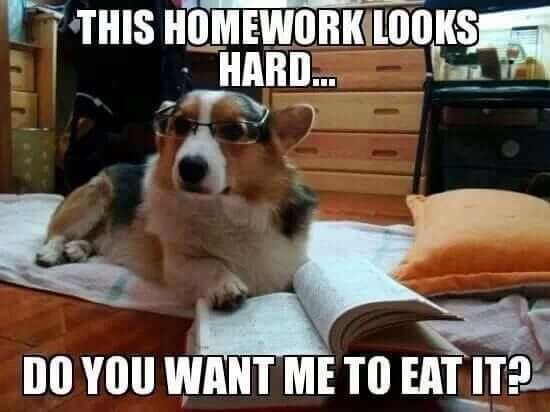 What to do: Candidate Excuses for Giving References

“He that is good for making excuses is seldom good for anything else.”
― Benjamin Franklin

This post isn’t really about dogs eating homework. It’s more about excuses, but isn’t that dog with glasses picture up there really cute? Excuses come in many shapes and sizes. When confronted with the threat of a reference check, candidates who have something to hide will come up with anything they can that sounds reasonable to avoid offering a reference. Here are some of the most popular ones we encounter when interviewing:

This is probably the most common objection to getting a reference, and rightly so, as there are legal ramifications and challenges that plague the HR policies it. The policy was made to protect companies from litigation and protect employees from slander and opportunity in finding other employment.

Time and time again, a candidate will offer a reason why they can’t get a reference, starting at the corporate level. Something out of the candidate’s control, such as “it’s against company policy” eliminates the candidate being at fault or responsible in any way. Zero liability.

While it may very well be against company policy to provide a reference, our theory is that a good candidate should and probably will be able to get one anyway. Here’s the logic:

While this may be true, that it is, in fact, against company policy to provide a reference, if you’re working with a wonderful employee and person, wouldn’t you want to see them continue to do well? Wouldn’t you want to take part in that if you could offer a word for them, if even a personal recommendation? Even Liz Ryan, the maven of HR agrees! If an employee refuses to provide a reference or comes up with several reasons why they wouldn’t be able to get a good word, even if it’s personal and unofficial, there’s likely another reason behind their motives

Morality: “We had Moral or Ethical Differences”

This one is so amazing. Another great reason why a candidate can’t (or won’t) get a reference is something along the lines of “differences with the management style” or “ethical and moral differences” between management and the candidate. I place these responses in quotes and use a sarcastic tone not because these can’t be very valid and legitimate reasons 1-2% of the time. That 98-99% of the time though, they’re complete BS.

You can almost picture the smile forming on my face when a candidate starts to speak of ethical differences with an employer.

Now, again, I will preface this with the fact that I know there are some cases where an employer engages in unethical or immoral behavior, and as an employee, this might cause you pause and reconsideration of whether this company is something to stick with. I get it. These cases are few and far between and should be handled especially carefully.

For the circumstances where this is not the case, and really “we had moral or ethical differences” means “my performance or attitude sucks and I was fired,” the

candidate is attempting to cover up the fact that they can’t get a positive reference and so of course want you to avoid speaking with their supervisor. This is no reason to not speak with the person, and if anything, will allow you to weigh the candidate’s responses with the supervisors. If the candidate flat out refuses to provide a direct reference, it is a major red flag and should be addressed as such.

What does this even mean? People have disagreed with other people for decades. Centuries even. Countries disagree with other countries and so on. This doesn’t mean we don’t get on with it and move forward. Looking at it from a bigger picture perspective, this candidate is essentially telling you “I can’t get past our differences enough to provide a reference who can speak to my achievements.”

What this likely means is that, “I don’t like my boss and he doesn’t like me and I’m afraid he’ll say something that won’t sound good or make me look bad.” As Anne Fisher, a contributing writer for Fortune puts it, it’s always best if the candidate just speaks up honestly about the situation.

No Longer with the Company

Let’s not forget when a candidate can’t get a reference because their supervisor or manager is no longer with the company. That’s always a good one. Even though you didn’t ask, the candidate feels it’s important to update you on the career trajectory of their previous supervisor. So thoughtful!

We just really want to know if they would provide a reference and what they would say, AND, if we’re planning to hire you I want you to know WE ARE GOING TO TALK TO THIS PERSON, so whether they are with the company or retired on a yacht in Bermuda matters very little to me. As long as I can get the reference…

There are so many ways to avoid getting a reference, but if you know how to identify them and work to overcome the objections, you’re sure to get one every time.