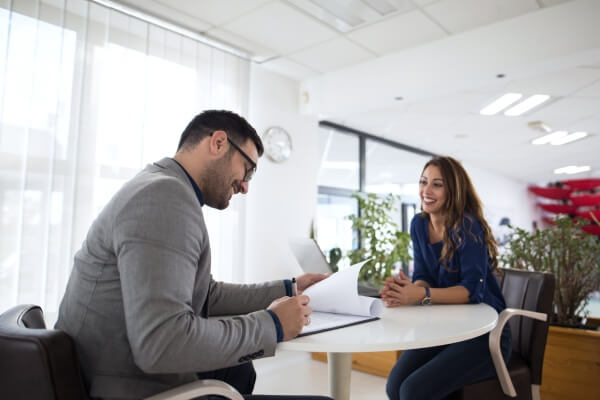 Finding the perfect hire for your company’s culture and work ethic can be an impossible task these days, which is why making an effort to carefully screen your candidates through the CCAT is well worth it. Too often companies jump at the opportunity of hiring what appears to be a great hire that later turns out to be much less than expected or even catastrophic in the long term.

Screening potential employees, however, is also a tricky matter. No amount of personal interviews is going to help you genuinely glean a candidate’s aptitude and skills. This is why every business worth its salt has taken to pre-employment assessment tests such as the CCAT in order to help them attract the right sort of employee.

We’re going to be explaining what the Criteria Cognitive & Aptitude Test is, what you should expect from it, and how you can use it to your benefit.

What Is the Criteria Cognitive & Aptitude Test?

The Criteria Cognitive & Aptitude (CCAT) test is a psychometric pre-employment assessment test used to determine the psychological capacities of an individual, such as their ability to solve problems, gather and make use of new information, attention to detail, and critical thinking capabilities.

This test is most frequently used when screening candidates for high-level job roles that have an expected level of performance and overall intelligence. Popular across the world, the CCAT exam – as it is sometimes jokingly called – has nonetheless proven to be incredibly efficient when helping employers make the decision on which candidates to go for.

As a matter of fact, the CCAT is widely considered as being one of the most popular pre-employment assessment tests in the United States, with an estimated usage count of about 5 million.

The CCAT test consists of 50 tasks or items that need to be completed before a 15-minute timer expires. Only a select handful of people are able to complete the test before the timer runs out, so that is certainly not expected, although it shows remarkable skill. The average candidate is estimated to successfully complete only about 25 questions.

What Skill Areas Does the CCAT Test?

Since the CCAT attempts to quantify your cognitive abilities, the test will primarily present problems related to understanding and abstracting information, applying reasoning and logic, memorization, and mental accuracy.

We’ve presented the three main areas covered in a CCAT assessment below.

Also seen during IQ tests, spatial reasoning questions make up a large portion of the CCAT. The motive behind testing these abilities is to determine how quickly you pick up on new information and patterns before being able to understand and work with them. Employers find spatial reasoning results important when considering the critical thinking skills of a candidate.

Questions related to logic are the bread and butter of a pre-employment CCAT test, making some feel as if they are right back in school. Those who score well in mathematics and logic tests show great potential when it comes to numerical reasoning, which is highly valued in the modern world. While the tests are not particularly difficult, calculators are not permitted, prompting the candidate to only use their natural brainpower instead.

Communication is extraordinarily important to a workplace. Being able to effectively convey and transmit ideas or to offer adjustments and opinions upon matters is imperative to becoming a well-valued employee, which is exactly what is tested during a CCAT. The verbal questions presented during the test mostly focus on a candidate’s ability to intrinsically understand the exact meaning of words as well as their context.

How Difficult Is a CCAT Assessment?

Since the CCAT test is primarily taken by job candidates who apply for high-profile positions, they can normally be expected to be difficult so as to provide some level of challenge even to those of above-average intelligence.

With that being said, people have reported that CCAT tests are not particularly difficult, especially when compared to others. The general consensus is that if you have passed high school, you have a fair chance at being able to traverse several questions before finding yourself stumped.

Candidates who run through the CCAT usually tend to become confused after the first dozen questions. This is because very few people are equally good at all three skill areas that the test covers, meaning that someone who is naturally talented at using words might understandably have issues when completing questions related to logic.

If you are a candidate about to be put through a CCAT test, then you should not worry, as only 10% of all test takers answer more than 35 questions. It is, in truth, very common to quickly address the questions you know how to answer and then come back to those you cannot, as you will save valuable time and rid yourself of stress.

The difficulty of the test increases with each question you answer, so while the first few might be seen as easy, the last questions are bound to be significantly more challenging.

How Can a Pre-Employment CCAT Test Help My Business?

It can be easy to make a bad hire in today’s working environment, which can cost your business thousands of dollars. A 2017 study done by CareerBuilder Survey shows that an estimated 74% of employers claim they made a bad hiring decision when filling a position.

The US Department of Labor suggested that the average cost of a bad hire is roughly about 30% of that person’s first-year earnings. There are not many companies that can afford such a loss, which is why you should strongly consider improving your pre-employment assessment process.

Here are some of the downsides of making a bad hire:

A bad hire can have very negative effects on your company, which is why it is infinitely better to prepare well when searching for employees. A pre-employment assessment test under the form of a CCAT can offer you a wealth of help when it comes to the decision-making process, ensuring you only hire the right people for your company.

If you’re struggling to keep proper track of candidates, then we’d encourage you to take a look at our industry-standard Applicant Tracking System!